The Elephants of the Timbavati 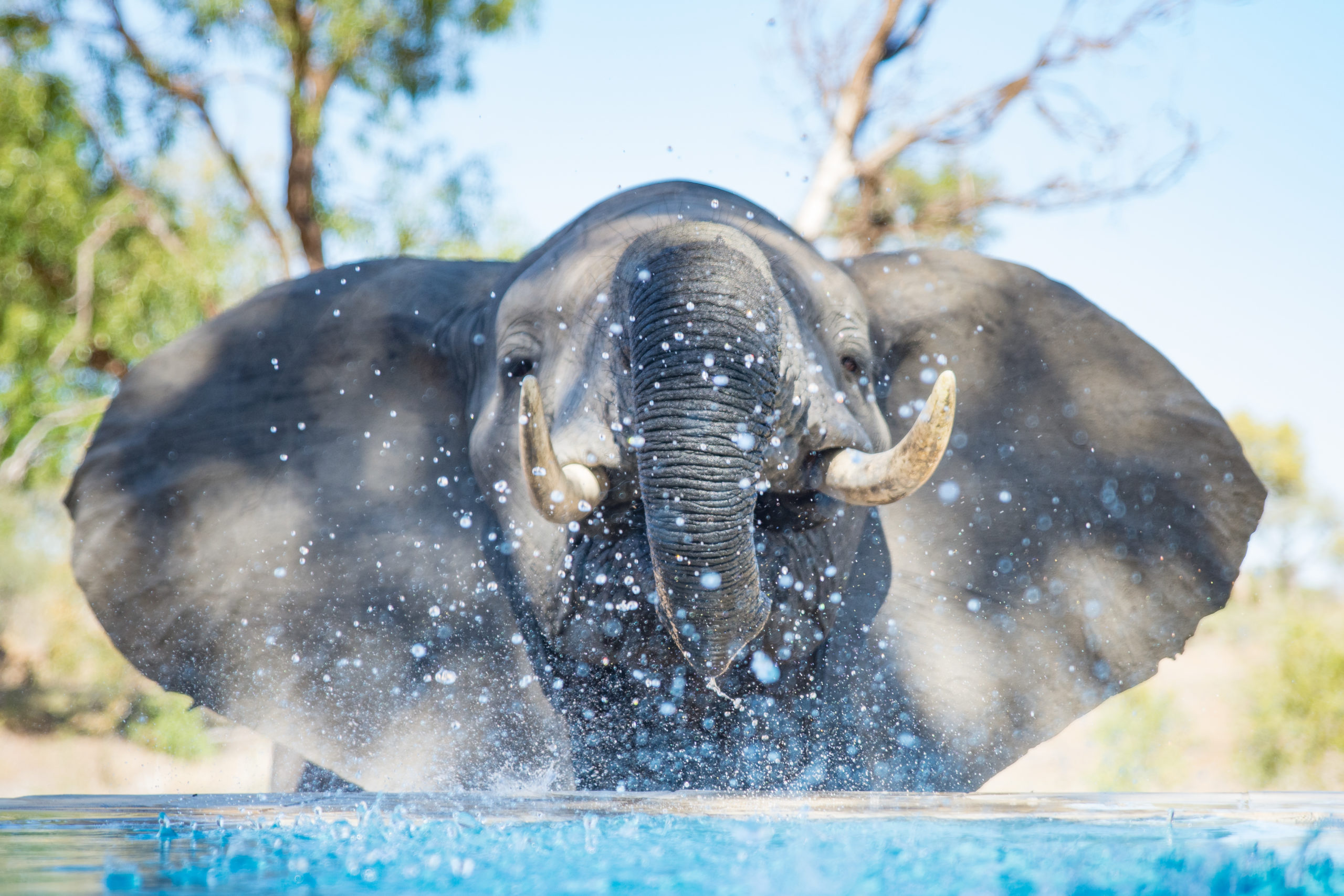 Elephants are a huge part of life at Kambaku Lodges. They spend a lot of time using our swimming pool at Kambaku River Sands as their local watering hole which is always such a treat to experience.

Elephants are a keystone species. This means that they create and maintain the ecosystems that they live in which makes it possible for other plants and animal species to live in those environments. The loss of elephants to an ecosystem has a deep impact and can cause lasting chaos to the habitat, weakening the structure and the diversity of the ecosystem.

The focus of World Elephant Day is raise the awareness around the plight of the elephants around the world. Elephant numbers have dropped by 62% over the last decade. An estimated 100 African elephants are killed each day by poachers seeking ivory, meat and body parts. If more is not done to protect these gentle giants, they are at risk.

Today we celebrate these incredible creatures and the joy that they bring to life in the Timbavati.

The Origins of Kambaku

Kambaku is a Tsonga word for Great Tusker or Old Elephant Bull. It was also the name given to one of the Magnificent Seven. These seven elephants all had tusks weighing over 50kg.

Kambaku moved over a large area ranging from Satara, the Timbavati and Crocodile bridge but he was most commonly spotted around the Kingfisherspruit area, always alone.

It was easy to identify Kambaku, he had a perfectly round hole in his ear, close to the outer edge. His trunk was also unique in that it had markings that looked like round patches of smooth skin.

You can view Kambaku’s tusks in a display at the Letaba Elephant Hall.