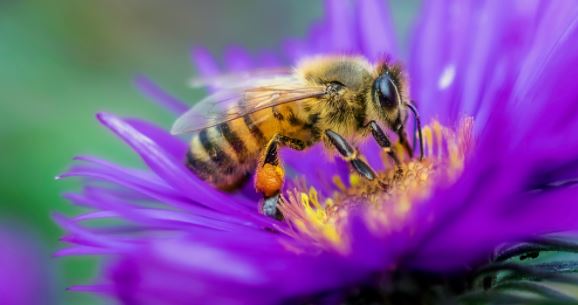 National Bee Day coincides with the birthday of Anton Jansa, a Slovenian born in 1734 and widely recognized as the pioneer of modern beekeeping.

National Bee Day gives us an opportunity to appreciate the critical role that bees play not only in nature but also in our everyday lives.

These small often ill-treated insects are critically important for our own survival. But unfortunately like so many species across the world their numbers are rapidly declining due to climate change, pollution and intensive agriculture.

Sadly due to human impact about 35% of these incredible pollinators are now facing global extinction. This ripple effect will be catastrophic for a host of other species that rely on these valuable pollinators for their very existence. This includes us.

In our area the honey badger, also known as the “Ratel”, is a tenacious small carnivore with a reputation for being completely fearless.

The Guinness Book of Records even recognizes this small mammal as the “most fearless animal in the world”. The honey badger gets it’s name from their love for honey and honeybee larvae. These fearless badgers have also developed a symbiotic relationship with the Honeyguide bird.

The honeyguide bird guides the badger to a hive. Unable to retrieve the honeycomb itself, the bird makes use of the tenacious badger. He can tolerate multiple stings whilst attaining the sweet prize. Once retrieved, the Honeyguide can feed to his heart’s content.

The honeyguide bird is also known to use man for the very same reason: something only a fortunate few have had the opportunity to experience.

*Bees put the honey in Honeymoon

Honey was used in the earliest known alcoholic beverage – mead. Mead played an important role in Nordic marriage rites as early as the 5th century. Newlywed couples would consume copious amounts of mead during the first full moon cycle, or month, of marriage (the now known “honeymoon”).

Although bees may have a brain the size of a poppy seed, they’re able to pick out individual features on human faces. This keen perception helps these highly social creatures recognize each other. It also helps them recognize and return to their favorite pollen producing flowers.

Bees avoid detection by predators and parasites by creating a distraction zone — they leave flowers closest to their nest entrance untouched and feed further away from the hive. In 2008, a team team of researchers found that bees’ foraging patterns were as reliable and predictable as humans. Using insights from bee patterns, criminology experts can now refine geographic profiling methods. That’s because in general, repeat offenders avoid committing crimes close to where they live so they can avoid detection.

*There are bees that can age backwards

Older bees have the ability to revert back to their more energetic, younger selves. This occurs when there is a lack of young worker bees to take on tasks. In fact, these bees end up living longer to pick up the slack. This incredible phenomenon is currently under investigation by researchers to better understand the underlying mechanisms and potential applications for age-related dementia in humans.

Like all insects, bees are cold-blooded. But using their wings, they can fan hot air out of the hive to cool an area, or vibrate their flight muscles to heat it.  Using this technique, they can defend their hives by creating a giant ball around an invading hornet and use the same hive-heating techniques to cook the invader alive.

So next time you hear the signature buzzing of bees around you – replace fear and the swatting frenzy with appreciation. Come on safari with us to celebrate National Bee Day and the blessing that bees are still here!!